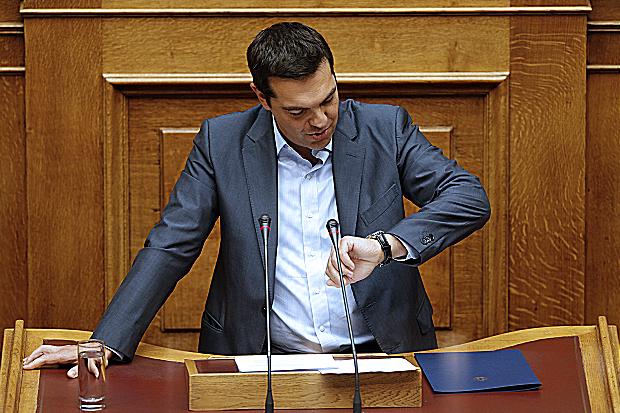 Greece last night won political approval for its third bailout worth up to €86 billion after German doubts were overcome with a guarantee that a huge privatisation fund would be in place by the end of the year.

Eurozone finance ministers meeting in Brussels agreed to hand over €26 billion in a first instalment to Athens, made up of €16 billion in several portions to cover debt repayments and €10 billion to recapitalise Greek banks.

Wolfgang Schäuble, the German finance minister and the biggest sceptic of the deal, appeared satisfied that the release of further cash would be subject to a review of progress in October.

The Germans pushed for the acceleration of the €50 billion privatisation fund to make money by selling off Greek assets, which was brought forward by several months.

Mr Schäuble did not win a guarantee that the International Monetary Fund would join the deal, but its chief Christine Lagarde agreed to take a proposal to the IMF board after the October review, once Greece had legislated on key reforms such as pensions.

The issue of relaxing Greece’s debt burden will also be discussed in October, with Ms Lagarde last night urging “significant debt relief, well beyond what has been considered so far” from the eurozone.

“I remain firmly of the view that Greece’s debt has become unsustainable and that Greece cannot restore debt sustainability solely through actions on its own,” she said.

The four main Greek banks will be subject to asset reviews and stress tests. A raid on depositors’ accounts was ruled out, to prevent any further panic withdrawals.

The deal still requires approval from eurozone parliaments, including the Bundestag, but this should be a formality after Mr Schäuble’s assent last night.

“Of course there were differences, but we have managed to solve the last issues,” Jeroen Dijsselbloem, the eurogroup president, said after the meeting of finance ministers from the 19 euro nations. “If implemented with determination… it will lead to debt sustainability,” he added.

Mr Dijsselbloem said that the deal was possible because of the recent transformation in the Greek government’s approach, code for the departure of Yanis Varoufakis, the former Greek finance minister.

He was an adamant opponent of further austerity measures and voted against his party when the Greek parliament passed the deal yesterday after an all-night session.

“The co-operation with the changed Greek government has been very strong, very organised, which helped a lot,” Mr Dijsselbloem said.

Jean-Claude Juncker, president of the European Commission, said that the past six months of negotiations with the left-wing government of Alexis Tsipras had been difficult, but the crisis had been solved. “The message is loud and clear: on this basis, Greece is and will irreversibly remain a member of the euro area,” he said.

Eurozone finance ministers reached agreement hours after the new round of cuts and reforms were accepted by the Greek parliament. It was a bruising battle for Mr Tsipras, the prime minister, with more than a quarter of his Syriza party not backing the package. The split could trigger snap elections next month.