WHY is the client last in the queue when it comes to the financial services industry? 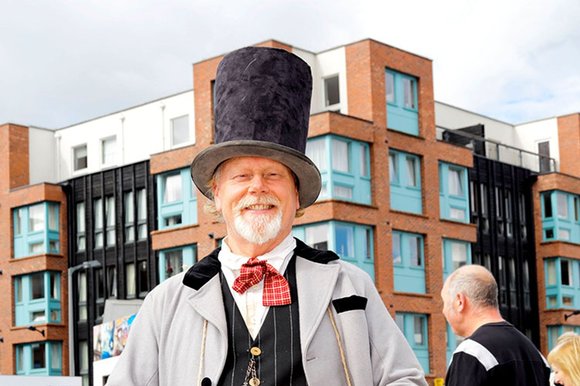 I recently came across a case which crystallised my view that the personal financial services industry is made up of a bunch of product sellers masquerading as financial advisers. This will not change without regulatory intervention and a shift in mindset.

Before I get into the detail of the case, consider this: the entire industry is set up to encourage the selling of financial products with little or no meaningful ongoing advice for the buyer. When it comes to your money — money that is required to sustain you and your family for the rest of your lives — ongoing financial advice should be a standard part of the process.

In the same way that you wouldn’t feel equipped to take your car apart and attempt to repair or service it, most of us don’t know enough about investment — or even about our own behaviour when it comes to risk — to be left completely to our own devices. It’s in our nature to make poor decisions and to ignore risks.

We pay high fees, so why is it so hard to get straightforward, independent advice?

Here are the bones of the case that illustrates what’s really wrong with this industry.

It’s a common scenario. “Peter” is a 65-year-old man who is retiring. His defined benefit pension scheme is being wound up. He must decide what to do with his fund. He decides to opt for an ARF (approved retirement fund) — a long-term investment from which he’ll draw an annual income. He talks to a financial adviser who in this case works for the company managing the winding-up of his pension scheme, known in the industry as an intermediary. He gets a 20-minute meeting with a person in that firm who recommends a generic product from one of the life companies.

It alarmed me that a qualified financial adviser (QFA) felt that, in 20 minutes, he had an accurate picture of Peter’s needs, and that he felt confident that the pretty generic fund he recommended would safeguard Peter and his wife’s income for the next 20 years, or however long he lived. My biggest concern arrived when Peter told me why he decided to run with the adviser’s suggestion.

A strong element in favour of the fund was the fact that the adviser’s firm was prepared to give most of its 5% commission from the life company to the client. It offered to take 1% in commission and to give the remaining 4% to Peter by way of an investment enhancement.

Understandably, Peter was dazzled by this “free money”. Any doubts he may have had about the suitability of the fund, the annual charges or how well it might stand up to potentially 20 years of annual withdrawals were swept aside by the prospect of his fund instantly growing by €21,840.

I object to a couple of things about this practice. The perceived high-value “free gift” blurs the suitability of the original product and distracts the client from the real issues that need detailed consideration.

It may have happened to you; you purchased something because of the freebie, only to feel like a mug down the line when you realised that the product itself was not all that great, or that the freebie is far from free, because a cost is built into the price.

In this case, it’s both those things.

The product or service is not all that great. The intermediary knows he can’t rely on superior service or a better product to attract customers. So, instead, he promotes an expensive, actively managed fund by dressing it up in an irresistible investment enhancement. It’s a cynical tactic used by the middlemen to get the business. And before you say “but he gave most of that back to his client”, consider that he still made €5,460 from that 20-minute conversation.

It’s not free. The life company will recoup that 5% initial commission, as sure as night follows day, in the form of fees and charges over the lifetime of the investment.

But the real scandal is the lack of advice. Peter was sold this important investment product by someone who knew nothing about him and had only the most vague idea of what he needed his pension fund to do for him. He got it in a hurry and was easily distracted by what seemed like a windfall offer. Maybe I’m on the wrong track here but, to me, those don’t seem to be the best circumstances in which to make a really critical decision that will dictate how he lives the remainder of his life.

For Peter, the stakes are high yet the financial industry is organised in such a way as to devalue his stake. His need is used to manipulate him to take actions which benefit the industry. And this is apparently completely acceptable to us, to the regulator, the government, the life companies, brokers and intermediaries, even the clients. This is the conventional model.

The conventional model is broken. What’s missing from the story is long-term, objective and tailored advice. That will never be part of the conventional model because it doesn’t serve an intermediary to offer impartial advice when the fund managers are being so flaithulach with their commissions. Remember, the life company paid 5% of Peter’s fund value back to the intermediary for signing Peter up to its product. That’s hard to ignore when a client is sitting in front of you.

Picture this: the client sitting there is actually at the centre of the industry. The financial planner exists to help him figure out a strategy to make sure he has enough money to achieve whatever he wants to do. This is not about selling products, it’s about problem-solving. The adviser is paid by the client, not by any fund manager or life company. This is the only way to fix the broken model.

Bob Quinn is the principal of the Money Advisers; themoneyadvisers.ie