With the United States presidential election underway, the investors in the UK and around the world might wonder how their investment could be affected by the outcome of the election. All the volatility is priced on the dollar side, but it does not feel like it will have the same impact as much as the Brexit vote, at least for the world’s top 10 major economies. However, based on the past data analysis of historic US elections, the result might have less impact on the stock broking market than an election in the UK.

There are a number of facts to back this argument. For instance, one of the differences between the two main parties in the US election, despite the chaos and harsh words used during their campaigns, is personal character. Another is the clear checks and balances built in the United States system make the sudden change quite unlikely, regardless of who wins. It is understandable that many investors have concerns because of the candidates’ different policy positions and the strong views of voters for the two political persuasions. Of course, every election has short effect, and the US stock broking market tends to go up during the presidential election years. However, investors should not subject themselves to the political impulses at the moment and invest for the long term.

What would happen to the UK stock market if either party wins?

As Donald trump represents real change and being an outsider, his win will create uncertainty for investors and wealthy companies who benefit from market dominance. His candidature is perceived as less business friendly, and that poses more threat to big businesses and wealthy investors. The improbability created by Trump victory might cause the stock markets to decline, but the fall might be little and short-term. Currently, the global economy is declining, but CMC Markets are at record highs as a result of relaxed monetary policy. Another uncertainty is that the US Federal Reserve’s to delay increasing the interest rates again. So, in the short term, Trump win is positive for the stock market.

In the long term, Trump victory is a great threat to the stock market because he criticises the Federal Reserve a lot. In an interview, he said Federal Reserve chair should be ashamed of himself for keeping the interest rates low for a long time. 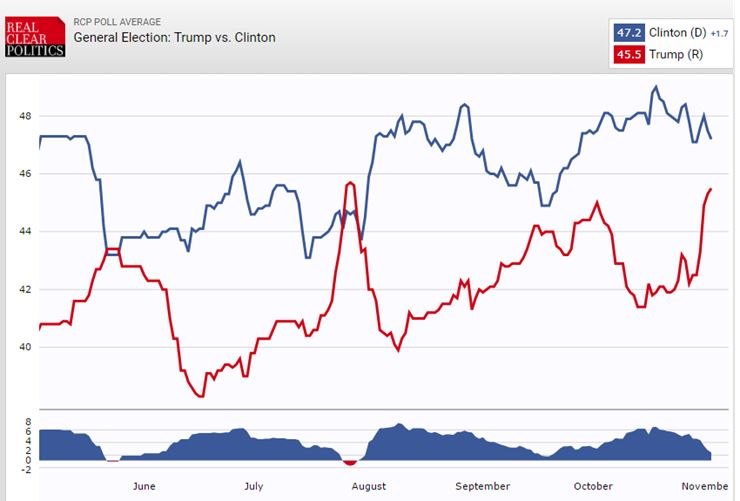 The cautions expectation of Hillary Clinton win is predicted to edge up as the London stock market. With FBI clearing Hillary Clinton of any wrongdoing for using her private email server for government duties, the stock market is expected to grow. There will be a rush to buy practically all the stocks in the index, instead of dumping them as quickly as possible. After days of speculation and heavy losses, investors looking forward for a bounce to get the market moving higher, following the second vindication of Hillary Clinton providing the perfect reason for investors to have confidence.

Besides, studies have shown that 1929 and 2011, the London stock market gained more under Democratic presidents than Republican presidents, which could mean Hillary win would be the best news the Dow Jones and the S&P 500 would like to hear. In fact, even small capital markets also tend to do better under the US Democrat presidents, so the Russell 2000 Index would be worth to watch. 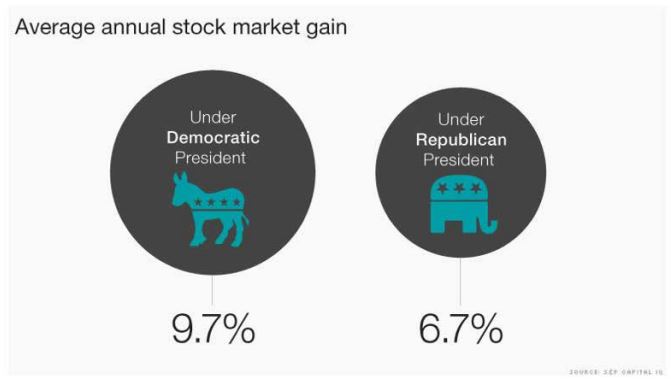 The global market normally tends to go together, so any fallout out in the United States, which has the most dominant stock markets, will mean negative shock to the UK. When the financial crisis hit the global market in 2008 as a result of the meltdown of the US economy, the rest of the world realised the significance of the US stock market. Again, when the repacked US mortgages went soaring, a similar thing happened to the investments held by global investors. So, the action taken by the American citizen in today’s election will play a crucial role for the asset prices in the global market. There is a higher chance of stock market crash, but how damaging and deep will depend on whether it is Clinton or Trump presidency.

In conclusion, it will be the response of the Federal Reserve and the Bank of England to the election that ultimately decides the direction stock market.