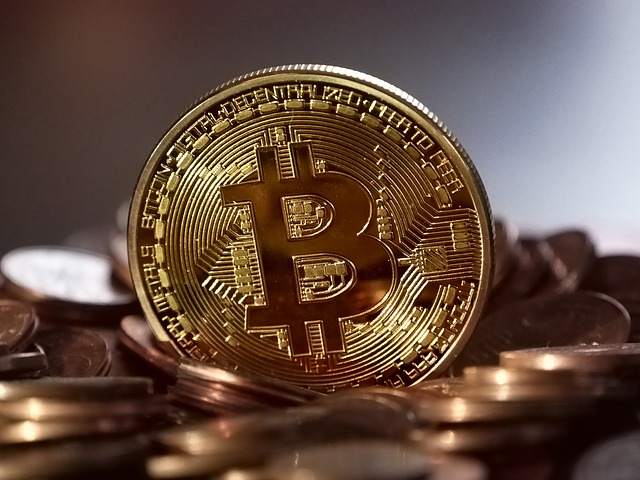 If there is anything that has taken up so much news recently it has been the exceptional performance of crypto currencies like Bitcoin and Ether.

Even until a few months ago, cryptocurrency was not part of the mainstream and everyone was quite sceptical about the ides of holding digital cash.

Yet, as more and more people have seen the inherent benefits of digital currency, they have decided that it would be a wise decision to at least hold some of it in a diversified portfolio.

If, however, you were an options trader then you would need to find a reputable bitcoin binary options broker. However, lets start at the beginning and explore the history of cryptocurrencies.

CryptoCurrency or digital cash is a cryptographically stored proof of transaction. In other words, it is a record in a public ledger that a transaction has taken place.

This public ledger is called the “blockchain” and it is what underpins the entire network. Essentially, when you send funds to someone, it is recorded and processed on the block chain by a whole host of computers situated globally.

The two main crypto currencies at the moment are Bitcoin (the pioneer) and Ethereum (the leading altcoin). Digital cash and crypto currencies used to be viewed as novelty and were cast aside by nearly everyone.

This is not the case anymore. If you had bought 10,000 worth of gold in 2010 and 10,000 worth of Bitcoin, your gold investment would have been worth 10,800 and your Bitcoin investment would have been worth $140 million! So, it’s really no surprise that investors are using sites like https://coincierge.de/yuan-pay-group/ to make some hefty investments. After all, the value of Bitcoin is still beginning to rise!

One of the main benefits of cryptocurrencies is its decentralised nature. More particularly, there is no central issuing authority that controls the global money supply. As a result, before investing in cryptocurrency, one must ensure that they have sufficient knowledge of the topic. One way to do so is by reading about the current cryptocurrency trends on sites like https://cryptoevent.io/review/. These sites help in learning about everything crypto, be it trading tools, prices, events, and so on as well as investing your funds securely.

For many people who experienced the recession in 2009, the entire financial system was called into question as the central banks bailed out a number of reckless financial institutions.

Many people became disillusioned with the global financial markets as they were. It was with this backdrop that Bitcoin entered the fray.

Bitcoin is not issued by any bank but is “mined” by computers on the network. Essentially, these computers solve these cryptographic problems and are rewarded with Bitcoin. This is how the money supply tends to grow.

There will only ever be 18 million Bitcoins that will be mined. This means that there will be a natural supply limitation and hence the value could increase exponentially as it becomes scarce.

Apart from buying and selling Bitcoins, or using them as a digital currency for transactions, there also exists the market of Bitcoin speculation. Here, speculators (and trading bots) closely monitor the rise and fall of Bitcoin value and invest in ‘Bitcoin trading’. Another facet of the cryptocurrency world that can be beneficial, but only if researched enough and done with prerequisite knowledge. Of course, there are trading bots like Bitcoin Up that can help you monitor the market and invest wisely, but be wary, and take the help of only legitimate and reliable providers. To know how these trading bots can help, people usually look towards understanding the Bitcoin Up Erfahrungen (or Bitcoin Up Experience) and other helpful guides.

Apart from the appreciation that one could expect from the currency, there are also the transactional benefits of using cryptocurrency. Transactions are borderless, anonymous, and generally as simple as pressing a few buttons. Compare this to the complications involved in sending money overseas using a traditional bank.

Ether or Ethereum is an “Altcoin” or “alternative coin”. This is one of the most well-known in the market today. It is an improvement on the established Bitcoin protocols and many people see it as the new standard.

Ether has also had one of the most exceptional price increases in recent months. Since the beginning of the year, the currency has increased by over 3,000%.

The reason for this is the long term applications of the technology. People see it as a the decentralised solutions to nearly all centralised systems.

It is also the de facto currency that is used in the latest round of Initial Coin Offerings (ICOs).

There are plenty of guides online as to how to trade bitcoin and trading ethereum if you were looking to tradethe volatility. However, if you wanted to buy and hold the asset there are some other options.

Although the crypto markets have increased substantially in the past few months, there is still room for the assets in a well-diversified portfolio. Just like people hold their assets in a mix of bonds and stocks, digital currency should also be in there.

If you wanted to buy the digital currency, you would need to open an account at a digital coin exchange and buy the coins with your bank card or wire.

Once you have purchased it, you could either leave it in the exchange so that you could sell it at some point or you could move it to a digital wallet on your pc.

The CryptoCurrency market has taken the world by storm. They have become part of the public lexicon and more and more people have come to value the long term prospects of the currency.

Once you have bought your share of the future, don’t be perturbed by the volatility that it presents. Believe in the future of the technology and store the currency in a secure place. Take part in the crypto revolution!