People are really weird sometimes. I’m sure we all know that, just read the news any day of the week, but it does come as a bit of a shock when somebody you thought you knew really well does something a bit peculiar. Let me tell you what happened.

My good friend, Steven, is normally a reasonably hard working, average kind of a bloke. Still single, sells bank mortgages, loves a pint of beer with his mates and gets out occasionally to a football game. He has a small flat just behind the Rosemary Gardens in Canonbury. He’s had a few girlfriends, nothing permanent, and even though he gets a reasonable wage, he never seems to have any spare money for a holiday, or to buy a car. 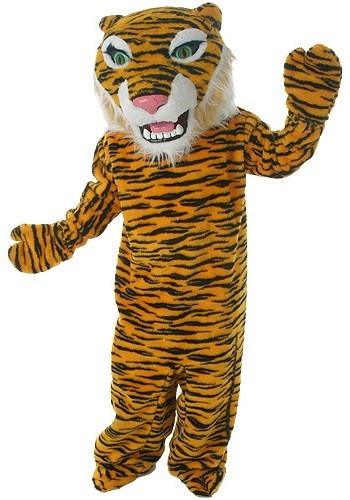 I called on him the other day. It was a Saturday morning. He answered the door dressed in a tiger suit. I mean a real, professionally made tiger suit. I was speechless for about a minute as all sorts of things flashed through my head.

“Hi, Steve. Got a fancy dress party to go to tonight?”

“Sooooo, what’s with the suit, mate?”

“Huh?” The famous Miss Durham was a spinster who lived at the end of the street. We all knew she was a bit barmy. She had about 15 cats, an unknown number of dogs, three iguanas, a rumoured crocodile (or alligator, I never know the difference) in the backyard pool, and she is at the forefront of anything to do with animal rights. She has been knocked back by the local council in her efforts to adopt an elephant, giraffe, kangaroos, koalas and an anaconda, to mention a few unusual animals. “Her pet? How and why.”

“Over the past 20 years, the equivalent of almost a hundred million quid has been left to people’s pets or wildlife parks or animal causes by wealthy old women who had no rellies. I mean it’s a crying shame. Hotel heiress Leona Whatshername left twelve million dollars to her Maltese terrier. Michael Jackson left a million to his pet chimp. That silly woman Margaret Layne left her eight hundred thousand quid home and two hundred thousand to a stray cat! Another heiress left three million bucks to her pet chihuahuas as well as her eight million dollar mansion!

“Yes, really! So I’ve thrown in my job at the bank and I’m going to turn up at Miss Durham’s house and pretend to be a tiger. It will take me, I reckon, no more than a week to get her to dote on me.”

“Don’t you think she will realise something’s amiss pretty quickly?”

“She’s almost blind, mate. Can’t get around real easily. I will be living the life of Riley for the rest of her days, inherit her money and when she dies, after she has set me up in her will with The Law House wills and probate lawyer, I will be rich. Cars, holidays, gadgets, whatever. This is a game changer Dave, I’m tellin’ ya.”

“Hmmmm…” I pulled my phone out and rang my mother. “Mum, you remember that bear suit we had in the attic…?”