Interest rates continue at to be stuck historically low levels with the Bank of England holding the bank rate at 0.5%. That means that homeowner loans, mortgages and other secured forms of lending continue to be cheaper than they were at any time in the 20 years prior to the financial crash of 2009. 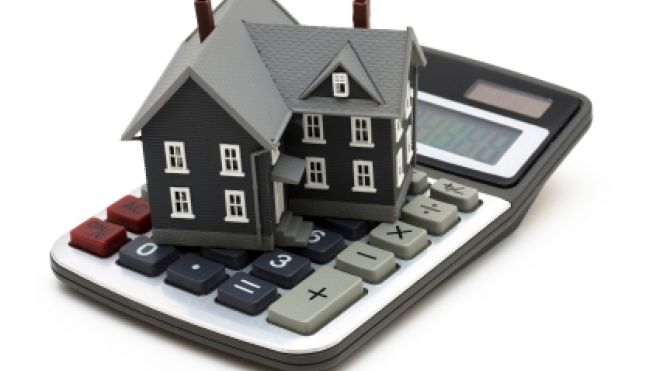 And the prospects for homeowner loans during 2016 remain good. While the Federal Reserve raised interest rates in the US in December by 0.25%, most economists now agree that the slowdown in China coupled with continued sluggish growth in the Eurozone means that, in the UK at least, the bank rate is likely to stay at 0.5% at least until the autumn and possibly into next year.

During the first half of 2015, the rates being offered on homeowner loans rose slightly as financial institutions factored in the possibility of a rate rise on the back of faster growth and rising inflation. Many economists were predicting that interest rates would rise in the autumn or spring of this year. However, since then, inflation has dropped back to around 0% and growth in the UK economy appears to have slowed down to levels at or below the long-term average.

That means that interest rates on a whole raft of financial products – including homeowner loans – have fallen back again with a number of excellent deals resurfacing on the market. As a result, those looking to borrow substantial sums are probably in a better position than ever with lenders keen to lend, house prices continuing to rise strongly and more competition than ever in the market.

There are a staggering number of homeowner loan products on the market – enough to cater for most people with enough equity in their home to secure the lending. As with mortgages, the rates offered on these loans have fallen back in recent months. Not all rates are the same, however, and these are dependent on a number of factors including how much equity you have in your property, how much you want to borrow and what your credit record looks like. If you don’t have much equity, have a poor credit record and only want to borrow a relatively small amount, the chances are that you will end up paying a higher interest rate. Those with good records and a lot of equity in the home will usually have access to lower interest rates and higher capital sums.

With interest rates low, homeowner loans are expected to continue to grow in popularity with people looking to consolidate existing unsecured debts like credit cards and personal loans. Because of their traditionally lower interest rates and longer repayment schedules, homeowner loans make it easier to replace existing debts with a single, more affordable monthly repayment.

They are also popular with people wanting to carry out home improvements, particularly more expensive upgrades including new kitchens, bathrooms or extensions. Home improvements have the potential to pay off in the long run; for example, if an Illinois homeowner decides to get in touch with a basement waterproofing Springfield IL company for foundation and basement upgrades, the home’s value, and it’s subsequent selling price, can go significantly up. So, incurring some debt is a risk that the homeowner is willing to take for returns in the future. Recent research has also suggested that an increasing number of people are using the equity in their homes to enter the buy-to-let market for the first time. A homeowner loan is used to release equity, which then finances the purchase of a property to rent out.

Household debt fell between 2008 and 2014 as the impact of the financial crisis and subsequent recession saw people cutting back on spending and repaying loans and credit card balances. But research carried out by the Office for National Statistics suggests that the average amount owed by households in unsecured lending has been growing for the last 12 months. The figures by the ONS show that, on average, UK households owed 26.5% of their annual income on credit cards and other unsecured borrowing during the third quarter of 2015 – the highest figure since 2008.

The figures, which include student loans, mean that the average household owes 11,800 excluding mortgages and other forms of secured lending. That figure is expected to continue to grow as earnings growth slows and householders fall back on credit cards and overdrafts.

That means that more people are expected to look to consolidating debt during 2016 in an effort to reduce their monthly outgoings to affordable levels. And homeowner loans provide a relatively pain-free way of paying off all unsecured debts while substantially reducing total interest payments.

As of January 2016, there were more than 200 homeowner loans being offered to borrowers in the UK by non high street financial organisations. While the loans offered to those with the most impaired credit records had APRs which exceeded 50%, those with large amounts of equity and reasonable credit records could expect to pay APRs of anything between 4.5% and 15% on loans of anything up to 500,000. Some lenders were prepared to offer up to 70% of a property’s value with repayment schedules of anything up to 35 years.

While these deals are expected to be available for much of 2016, they won’t last forever. Interest rates will have to rise eventually – particularly if inflation starts to take off again – and some economists are warning that the next recession may only be a year away. When that happens, lenders will inevitably start to tighten their acceptance criteria and interest rates on all forms of lending will begin to rise again.

So while 2016 is expected to be an excellent year for those looking to consolidate debt, fund major home improvements or enter the buy-to-let market with a homeowner loan, the sooner you act the higher the likelihood that you’ll be able to find the right loan at the best interest rate for your circumstances.

Article provided by Mike James, an independent content writer in the finance sector – working with a small selection of companies including Solution Loans – a technology-led finance broker with a broad range of finance products and many years’ experience of advising clients what their most suitable type of credit may be.